It’s no longer a secret that Hungary is a great wine producing country. But it is not as widely known that Hungary is also a big producer of high-quality oak barrels. Hungarian oak has been used for making wine barrels for centuries, but wineries have only been emphasizing it as an important feature of their wines for the past few years. They say that Hungarian oak barrels give a different taste profile than American or French ones, and Hungarian oak is used in California, South Africa, Italy, and even France.

Why Do Oak and Wine Go So Well Together?

The first barrels we have records of were made of palm tree wood in Mesopotamia. In the past barrels were made mostly for transportation and storage. You could not simply buy a bottle of wine; you had to buy it by the barrel. Barrels are still made of many other woods, but oak’s characteristics make it the ideal companion for winemaking. Here are a few reasons why:

Origin of the Wood Matters

An oak tree may need up to 120 years to grow before being used for barrel making. It is said that from one oak tree a cooper can make one, or maximum two, barrels. Luxury item, right? There are more than 600 species of oak in the world, and three of them are commonly used for barrel making: two European species (sometimes called “French oak”) and one American species.

Just as with wine grapes, oak trees are also highly influenced by the climate and the soil. The same type of oak grown in different areas usually produces a different barrel quality. Trees that come from cooler climates have a finer grain than those grown in warmer ones. A finer grain allows less oxygen contact and usually means a subtle, more elegant oak influence on the wines.

Hungary has two oak forests where most of the raw material for barrel making come from: Mecsek and Zemplén.

The Mecsek forest is in southern Hungary, surrounding the Szekszárd and Villány red-wine-making regions. It has fertile soil and a warmer climate than Zemplén. It is planted with both Quercus Robur and Quercus Petrae. The barrels made with oak from this forest usually give sweeter notes and a lighter flavor influence than those from the Zemplén forest.

In Hungary, the Zemplén forest usually gives the best oak for barrel making. The Zemplén hills surround the Tokaj region in northeastern Hungary, holding this forest which has rocky volcanic soil. The climate is colder, winters are longer, and the average altitude is higher than the Mecsek forest. This makes the trees grow slower, creating a tight grain—the secret of success!—allowing wines to mature slowly and longer in the barrel without being overly-oxidized. Of the oak in the Zemplén forest 95 percent is Quercus Petraea. It is believed that barrels made of Zemplén Quercus Petraea give wines silkier tannins in comparison to barrels from the same type of oak from, lets say, a French forest.

From Tree to Barrel

Usually oak trees are harvested in the winter because the trees have less sap so are easier to cut. After the tree is split, it is seasoned either in the open air or in the kiln. Seasoning in a kiln consists of drying the wood in an oven-like environment for a few months. Open air seasoning is considered to produce a higher quality barrel, and means the wood staves are left out in the open air from 24 to 36 months. The weather conditions—rain, sunshine, and even snow—will help remove some of the wood’s harsh tannins. The longer the seasoning takes, the better. The wood’s moisture goes from 70 percent to about 15 percent after the seasoning period. The wood then goes into the cooperage where the staves are pre-heated, toasted to the desired level, formed, bent, and polished … resulting in a brand new barrel!

To make a hybrid barrel—75 percent American oak and 25 percent French oak— the body is made of American oak and the heads of French wood. This way a winemaker has the possibility of having the two flavor profiles of the different oaks at the same time. The heads of the barrels can also be toasted, or not, depending on the winemaker’s preference.

For white wine making there is another option: steam bent barrels. This type adds the smallest amount of flavor to the wines, because steam is used instead of fire to shape the barrels.

What Oak Ageing Does To Wine, and Why

Oak barrels usually give a distinct taste to the wines they hold, with each oak type giving a different taste. The level of toasting, age of the barrel, and barrel size are the most important factors that determine the flavors that a barrel give to wines.

These are some of the aromas that come from oak barrel ageing:

The level of toasting on the wood is one of the most talked-about features of oak barrels. Toasting is the charring of the inside of a barrel with fire. There are several levels of toasting: light, medium, medium+, heavy, and toasted head. The level of toasting influences the quantity and type of flavors a barrel gives to the wines: the heavier the toasting, the stronger the oak flavor will be in the finished wine.

The age of the oak determines the quantity of flavor that a barrel gives to a wine. A new barrel will give about 70 percent of its flavor in the first year of ageing. During the second and third years of use the barrel can give some flavor. But after four years of use barrels don’t really influence the flavor profile of the wines anymore, only their texture and mouthfeel. Old barrels are used more as vessels and less as taste influencers.

The size of the barrels can vary dramatically depending on the region and style. The smaller the barrel, the bigger the influence it has on the wine’s flavor, texture and final profile. Some of the more common barrel sizes are:

In addition to the three important cooperages in Hungary, there are still several smaller family-run cooperages (mainly in the Zemplén region).

Established in 1851, Kádár used to be called Budapesti Kádár. It is partially owned by the French cooperage, Taransaud. Their stave mill is located in Erdőbenye, in the Tokaji region. Their annual production is around 6,000 barrels. They supply more than 400 wineries in 12 major winemaking markets.

Established in 1992, Trust Hungary is the biggest producer of oak barrels in the country, making two-thirds of Hungary’s barrels. Located in Szigetvár—in southwestern Hungary near the Mecsek forest—the company started as just a stave producer, only later also becoming also a barrel maker. It produces between 18,000 and 20,000 barrels annually, with only about 2,000 staying in Hungary. The rest are exported), mainly to the USA (about 10,000 a year), France, and China.

European Coopers, which was established in 1997, is located in Palotabozsók, near the Mecsek forest. It is partially owned by the Antinori, Gamba and Mazzei wine families. They produce barrels mostly for the Italian market.

Attila Hotyek‘s family has been making handmade barrels the traditional way in Erdőbénye for generations. He also makes his own wine and pálinka. Both his son and daughter are carrying on the tradition. (All of the photos in this post are from the Hotyek family’s cooperage!)

Miklóssy Kádár is a reputable operation in Erdőbénye. It makes barrels for Oremus in Tolcsva, amongst others.

As with its wines, Hungarian oak has a unique personality. But while the wines are no longer an undiscovered secret, Hungarian oak remains one of the best-kept secrets in the wine business.

Thanks to Emi Földi, winemaker and Wine Ambassador at the Tasting Table for sharing her wealth of knowledge on this topic for this article!

You can taste PLENTY of wines made in Hungarian oak at The Tasting Table Budapest. Order from our menu, or book one of our daily tastings: Wine, Cheese, & Charcuterie Tasting and Essentials of Hungarian Wine Tasting). Or go on a one of our daily small-group wine tours (or private tours) to see the barrels live! 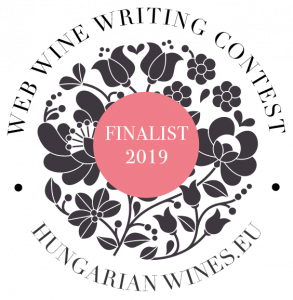 This article was the special prize winner (from the Hungarian Tourism Board)  in the 2019 wine writing competition on Hungarianwines.eu!

This is an EXCELLLENT article! Thank you for sharing so much knowledge with us! I would love to know a little more about the sustainability of the oak industry. One barrel per 120-year-old tree? How are there still any oak trees left??

Experience Hungarian wine country at its best in one of the world's oldest wine regions. This volcanic region produces some of the world’s best sweet wine, as well as amazing dry furmint.

Daily at 6pm: A crash course on Hungary’s increasingly fabulous wines featuring a sommelier-led evening tasting of 8 fine wines paired with a selection of food pairings.

Winemakers in Tokaj are singularly obsessed with a fungus called botrytis. And I had become fascinated by these winemakers who go to such lengths and expense to make this traditional wine.

Szamorodni – The Wine Hiding in The Wings in Tokaj

It’s strange to think that wines that can be compared to lusciously sweet Sauternes or nutty, saline sherries should not be the flagship wines of a region. Yet, that is the case in Tokaj. Szamorodni i...

Tokaji Aszú: The Story of The World’s Oldest Sweet Wine