Aromatic wine is a beloved style in Hungary. The second most planted white grape in Hungary is an aromatic one, Cserszegi Fűszeres. And the best-selling wine-style in wine shops and supermarkets is usually aromatic wines. These wines are exuberantly fruity, soft, charming, and loved by millions of Hungarians. During the summer months aromatic wine sales are also boosted by the popularity of fröccs (wine spritzer), usually made with aromatic white wines. Aromatic wines make up a big chunk of Hungary’s wine production, and this style is made from a diverse range of grape varieties in many regions. With such diversity—and, let’s be honest, weird names—it’s easy to get overwhelmed.

What is an aromatic wine?

All wines have aromas, but some are really fragrant! Aromatic wines are usually white. Due to its warmer fermentation temperature, red wine cannot offer the same intensity. White grapes can be divided into two groups: the non-aromatic and the aromatic. Non-aromatic grapes—such as Chardonnay, Pinot Blanc, and Olaszrizling—are known for other features—like aging potential, texture, etc.—and not for their aromatic intensity. The aromatic grapes, on the other hand, owe all their fame to their ethereal aromas, which are intense and explosive. Since their aromas are their most important quality, these wines are mostly produced without any oxygen or oak contact. They are best enjoyed young, while their bouquet is still exploding.

Aromatic wines are usually looked down upon by wine experts and critics because they consider them simple and not age-worthy. But in Hungary this is a winning style. This became particularly clear over the past year in our Budapest wine shop. When Covid hit and we lost our international customers, we saw that our local Hungarian customers did not generally want the more internationally-known Hungarian wines like Bikavér and Tokaji Aszú. Instead, they were mostly looking for the great-value aromatic wines.

Aromatic wines are produced all around Hungary, but a few regions particularly emphasize this style: Mátra, Kunság, Mór, Neszmély, and Balatonboglár. To a lesser extent, the regions of Eger, Etyek, and Pannonhalma also produce aromatic beauties. Irsai Olivér and Cserszegi Fűszeres are usually the varieties of choice, with the exception of Eger (which focuses more on Királyleányka), Pannonhalma, and Etyek (which favors Sauvignon Blanc). Zenít is also becoming increasingly popular in Mátra and Mór, both in single-varietal and blended wines.

Aromatic wines can also be paired with food. Enjoy them with equally intensely aromatic foods like Thai, Mexican, or Indian. Ingredients like coconut milk, lemongrass, lychee, and ginger are all good friends for aromatic wines. If the food has some heat, pair it with an off-dry or even semi-sweet style.Since Hungary’s most popular style of wine is aromatic, perhaps this should be a call for wine critics to take a closer look at these wines.

Born and raised in the Carpathian-basin, these are the most popular Hungarian-speaking aromatic beauties.

This is the most popular Hungarian aromatic grape. It’s widely planted all around the country, with the exception of Tokaj and Somló. The story goes that the first person who bought an Irsai Olivér wine was a wine merchant from Szeged. Apparently he was so in love with the wine that he paid 100 pengő (the Hungarian currency of the time) to the grape’s developer, Professor Pál Kocsis, to rename the variety after himself. His name was Olivér Irsai (in Hungarian, the surname comes first).

Kocsis developed the grape in 1930 in Kecskemét. Initially it was mostly a table grape, until the early 2000s when it became popular as a wine grape. It’s a very early-ripening grape (mid-August), and is one of the first wines released to the market every year, usually around November. Irsai Olivér is most popular in Mátra (478 hectares), Kunság (414 hectares), Balatonboglár (385 hectares), and Pannonhalma (68 hectares).

Perhaps the most difficult-to-pronounce Hungarian variety, Cserszegi Fűszeres is Hungary’s second most planted white grape. Cserszegi’s elevated acidity is one of its strong features, giving a nice balance to its fruity and intense aromas. Cserszegi Fűszeres also makes some late-harvest and semi-sweet wines, but it’s better when produced in a dry style. Cserszegi Fűszeres is slightly less aromatic (and less grapey) than Irsai Olivér. It has distinctive aromas of herbs, grass, acacia flowers, and ripe honeydew melon.

Cserszegi Fűszeres is a crossing of Irsai Olivér and Piros Tramini (aka non-aromatic Savagnin Rosé). It was developed in 1960 by Professor Károly Bakonyi in Cserszegtomaj, near Keszthely on the northwestern shore of Lake Balaton. The grape’s name translates as ‘The spice of Cserszeg,’ probably inspired by Gewürztraminer, which means ‘The Spice of Tramin.’ With 4,219 hectares planted, Cserszegi Fűszeres is most popular in Kunság (3,135 hectares), Mátra (123 hectares), and Etyek (69 hectares).

Királyleányka originated in the Transylvanian region of Romania. This grape is commonly thought to be the same variety as Romania’s Feteasca Regala. But according to the book Wine Grapes (by Jancis Robinson MW, Jose Vouillamoz MW, and Julia Harding MW), DNA testing shows that it’s not the same grape. Feteasca Regala is a different variety, and Királyleányka is probably a natural crossing (meaning without human intervention) of Kövérszőlő (Grasa in Romanian) and Leányka. This is one of the most planted white grapes in Eger, where it’s added to the Egri Csillag blend and also used to make single-varietal wines. Királyleányka is most popular in Balatonboglár (294 hectares), Mátra (78 hectares), Eger (73 hectares), Neszmély (70 hectares), and Etyek (60 hectares).

Professor Ferenc Király was very active in his work of creating new grape varieties during the 1950s. At the University of Wine and Vine in Pécs he developed several grape crossings which would be better fits for Hungarian soil, were resistant to frost, and were resistant to common vine diseases. The names of all of his grape-creations began with the letter Z! Zengő, Zenít and Zeus were made from the same two parents (Ezerjó and Bouvier). Zefír is a crossing of Hárslevelű and Leányka, and Zéta is a crossing of Furmint and Bouvier.

Of the five ‘Z’s, Zenít produces the most aromatic wines. It’s especially appreciated in Mór and Mátra, and is the most planted of the five ‘Z’s with 703 hectares. Zenít is mostly planted in Mátra (144 hectares), Balatonboglár (142 hectares), Eger (127 hectares), and Etyek (58 hectares).

Zéta is one of the six approved varieties in Tokaj. It used to be called Oremus, but was changed since there’s also a vineyard and winery called Oremus. The name Zéta was inspired by a character in a book by Professor Király’s favorite author, Géza Gárdony. There are 115 hectares of it planted.

Zengő is most commonly planted in the Zemplén PGI area (around the Tokaj region). There are 201 hectares of it planted.

Zeus is almost exclusively planted in Badacsony, near Lake Balaton. There are 29 hectares of it planted.

Zefír is the least planted of the Z’s, and it’s not very common to find a wine produced with it. There are only 10 hectares of it.

THE GRANDPAS: OUR NON-HUNGARIAN ANCESTORS

Most Hungarian aromatic grapes come from one of these ancient heroes. They’re not Hungarian by origin, but they’ve turned Hungarian by heart. These varieties are not dinosaurs. They are very much alive, and wine is still produced from them.

This is one of the oldest recorded wine varieties (records date back to 1304), and it probably originated in Greece. Genetically speaking, this grape is the father of dozens of varieties, including (indirectly) Irsai Olivér and Cserszegi Fűszeres. Of all the Muscat family varieties (and there are many), Muscat Blanc á Petit Grains produces by far the most elegant and best-quality wines. This grape is widely planted in Tokaj, where it’s one of the six permitted varieties, and the only aromatic one. It is usually used to produce sweet and semi-sweet wines, but there are also excellent dry versions. Sárga Muskotály is most popular in Tokaj (585 hectares), Mátra (83 hectares), Etyek (50 hectares), and Balatonboglár (41 hectares).

This popular variety in Hungary is not the same grape as Sárga Muskotály. It is a crossing of Chasellas and Muscat d’ Eisenstadt, developed in France’s Loire region by Jean-Piere Vibert. It is named in honor of a certain H Ottonel. This grape is mostly used to produce sweet wine styles since the grapes gather sugar quickly and it’s hard to harvest them at dry-wine ripeness. Wines made with Ottonel Muskotaly are somehow more rustic than the ones produced with Sárga Muskotály, and they also have a more oily texture and a fuller body. Ottonel Muskotály is most popular in Mátra (528 hectares), Eger (200 hectares), Kunság (177 hectares), and Balatonboglár (149 hectares).

Savagnin, also known as Traminer, is an ancient variety originating in central-east France, probably around the area of Jura and Savoie, near the French Alps. The name can be misleading, since it is easy to think that it originated in Tramin, a town in the Alto Adige region of northern Italy. But that is not the case. Savagnin has several clones that technically are not different varieties, just mutations of the same one. Some examples are the non-aromatic Savagnin Rose (called Piros Tramini in Hungary) and the aromatic Savagnin Rose, also called Gewürztraminer or Fűszeres Tramini in Hungary. Traminer is also one of the parents of the Cserszegi Fűszeres variety.

In Hungary, both the non-aromatic and the aromatic clones of Savagnin Rose are called Traminer. After tasting several Hungarian Traminers, to me it is still not clear whether the wine is produced with the aromatic or the non-aromatic Savagnin clone, since most of them usually lack the classic rose petal aromas and the oily texture of real Gewürztraminer. Even most producers are probably not quite sure what clone they have planted. This makes the Hungarian Traminers a style of their own, since they don’t offer the classic Gewürztraminer profile, which is an oily textured, high alcohol, low acidity wine. Hungarian Traminers have balanced alcohol, medium body, and slightly more acidity than their French and Italian counterparts. But they lack the aromatic complexity and the strong lychee and lavender aromas. 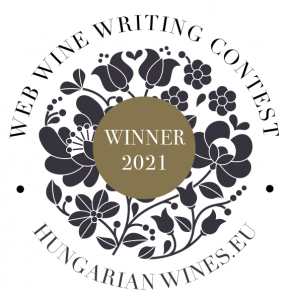 This article was a winner in the 2021 wine writing competition on Hungarianwines.eu!

Congratulations Sébastian! You are an authentic specialist! Best wishes!

Daily at 3pm: This sommelier-led tasting experience features 5 fine Hungarian wines paired with some of the country’s best artisan cheese and charcuterie.

Stay at home, and gather some friends for a virtual at-home wine tasting! We'll send you the wine, and a Taste Hungary sommelier will join you on zoom at the appointed time to taste together!

Hungary boasts two related white varieties which are often confused, and have unclear origins. Királyléanyka, which translates as ’princess’ and Leányka, which means ’maiden’ or ’girl’.

The Mátra Wine Region: These Hills Are Alive With Volcanic Vineyards, Boutique Cellars, and History

Hungary’s second largest winemaking region is blessed with an ancient winemaking heritage, volcanic soil, successful large wineries, and now a band of boutique wineries hoping to bring the region into...